Our cycling tours take you to world famous climbs, stunning riding locations and some of the greatest bike races around the world. We are Kiwi owned and operated with decades of cycling experience racing and riding in New Zealand, Australia, Europe and 15 years running cycling holidays to France, Italy, Spain, Croatia and South Australia.

Kiwi Style Bike Tours – who are we?

The Kiwi Style Bike Tours team is made up of guides who are based in New Zealand (when not guiding cycle tours around the world).  We are all mates who formed friendships through our common love of cycling.  We want to share what we think is the most satisfying way of holidaying – cycling.  Since the very first Kiwi Style Bike Tours trip in 2005 we have shared what we love with hundreds of fellow passionate cycling enthusiasts.  We know that the most enjoyable cycling holiday comes with a friendly, no pressure, relaxed atmosphere.

Our guides have great skills at adapting tours to fit with the atmosphere and ability of each group and each rider.  We pride ourselves on creating a no-pressure tour environment, where everyone enjoys every part of the tour.

All of our guides are experienced riders who want to share their passion for riding in the most stunning and famous landscapes of the sport of cycling. 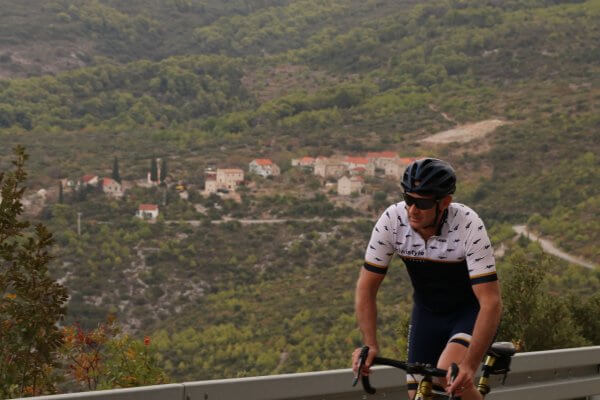 Jake Rowse is the owner of Kiwi Style Bike Tours, having taken over the reigns from company founder Richard Scott in 2017. Jakes first year guiding for Kiwi Style was 2012, while he and his wife and two daughters were living in France.

Jake has been a keen cyclist, racing on both road and track since the early 1990's and represented NZ as an age group track rider. He still plays an active role in the New Zealand road racing scene as a race organiser.

The personal satisfaction and enjoyment of cycling is now found sharing his favourite rides with Kiwi Style customers. "To see the emotion of a true cycling fan tick off a bucket list climb is something special - being a part of that is why we love cycling and guiding".

Favourite cycling area: "So many to choose from. Provence, around the base of Mt Ventoux, remains special as I lived there for a while and it feels like a home away from home. There are so many wonderful, quiet country backroads rolling through vineyards, lavender fields and quaint villages. It is an area I will always love to cycle through".

Favourite climb: "Col de la Couzette in the Pyrenees. It is a little known climb, on roads that are too narrow to probably ever feature in a Grand Tour. It's not particularly tough, starting along a beautiful quiet river valley, then climbing into a forested area that gets thicker, shadier and darker as you climb. What I really love is that this tunnel of trees continues all the way to the top of the climb, giving no snippets of views to gauge just how high you are climbing. At the top, there is literally a light at the end of the tunnel which gives the most unexpected and breathtaking view out across the Pyrenees. This is a climb that has to be done on a clear sunny day to appreciate it's true beauty". 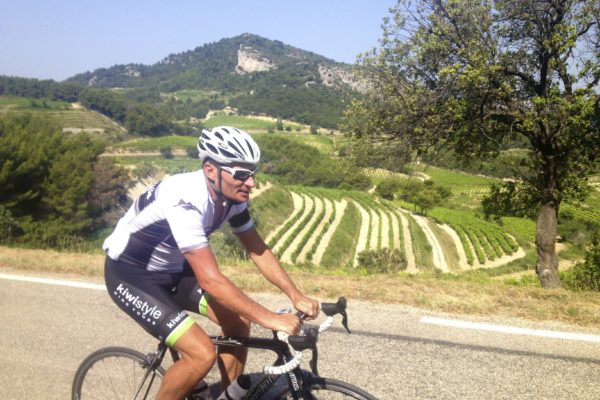 Barry Tinkler (Baz) has been guiding for as long as Kiwi Style has been in existence. Always a laugh a minute on tour - he is the king of allocating nicknames. Baz has been riding and racing bikes since the beginning of time - in fact the rumour is that he invented the bicycle.

He has become the guru of the Pyrenees based tours and fits right back into the local cafes each year like a long lost friend. While on tour his currency is Hariboo lollies - if you require any favours, a bag of Hariboo will seal the deal.

Favourite cycling area: definitely the French Alps around Lac Annecy which offers everything in the terms of riding for all levels of ability. It is also satisfying when our clients visit this area for the first time as Du lac is one of the most picturesque places on gods earth.

Favourite climb: I enjoy both the Croix der Fer and Galibier from the Telegraphe side equally as much as I have fond memories of drawing the blade on Barney and Jube (guides) on numerous occasions on these ascents over the last 10 years. 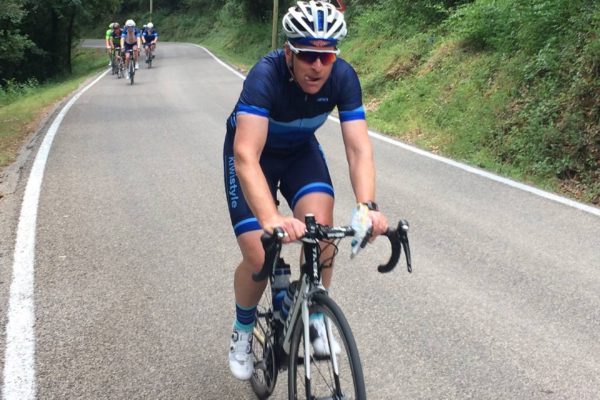 Jerry has been racing bikes on the road and track since he was a young fella down in Invercargill and has a few New Zealand track titles to his name. He is one of the original Kiwi Style guides and is a 'go to man' for riding pretty much anywhere in Europe. While on tour with Jerry, don't be surprised if you get the odd professional cyclist along for some of your rides - he knows people in high places. Jerry is also a member of the famous Fat Boys Cycling Club.

Jerry always keeps you guessing on tour, with his famous random comments and whether to take them seriously.

Favourite climb: The Stelvio. Which ever of the 3 sides you climb it from, you're in for a real treat, spectacular views, a really grippy physical challenge and of course the “Worlds Best Hot Dog” ? waiting for you at the top....perfecto!!! 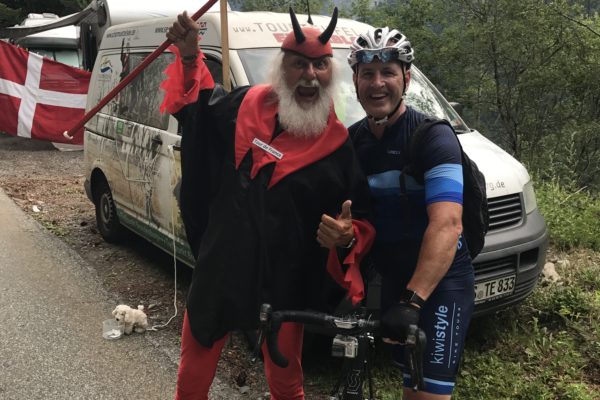 Richy has been guiding for Kiwi Style since 2012. He is at home on the high alpine mountains - descending them anyway. He is the muscle of the team of guides, providing a great draft on the flat rides and friendly banter when the road starts pointing upwards.

Richy will kindly assist anyone who is struggling at meal times - every plate will go back empty. He managed to eat an entire Pyrenean village out of beef steaks on one of our tours.

He has become an expert on our Epic France-Italy Tours, doing a fantastic job on what is one of the most difficult tours to navigate. He is also the guru of drone footage and photo editing - just be careful which background you get Photoshopped into!

Favourite cycling area: "
Tough question comparing places like Annecy, Alp D’Huez, Como, Bormio, St Girons and Girona, which are all amazing places to ride and part of the varied KSBT packages but Lake Como in Italy has everything from a stunning lake ride, climb to the mythic Ghisallo Chapel and cycling museum and the stunning culture and lifestyle that is Como. It’s a beautiful place and offers the complete package for forgetting the rest of the world, for just a short time".

Favourite climb:
"Lavaredo da Misurina - a brutal climb that’s just off the beaten path of the Lake Misurina route when cycling out of Cortina d’Ampezzo in the Italian Dolomites. Part of the Epic France, Italy tour and available to ride if you want to really test your self for a tough short climb with views that completely pay for the sweat and tears getting there. By far the toughest climb I’ve done but most satisfying". 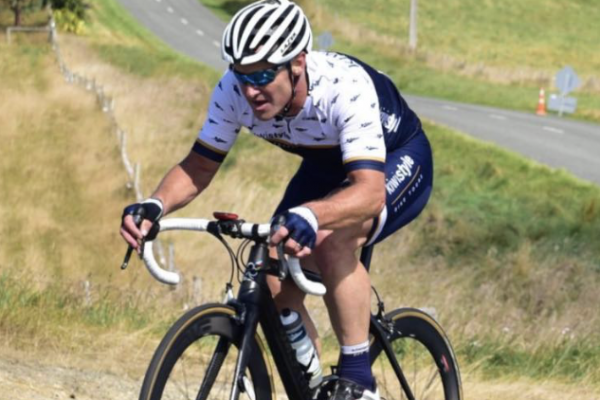 What Russell doesn't know about riding bikes isn't worth knowing. His racing career includes more New Zealand national titles than dots on a climbers jersey and stints in the NZ representative jersey in the 1990's as a track cycling weapon. His switch of focus to the coaching and official side of our sport has been timely for a role with Kiwi Style Bike Tours. Russell joined our guiding crew for the first time in 2019 on our Provence-Alps Tour and can't wait to get back into things.

Mention a pedestrian crossing sprint and it's game on!! Russell is always keen for a challenge on the bike and is renowned for his poker face while applying the blow torch. Don't poke the bear with the stick and it'll be a nice peaceful ride!!

You won't find a more helpful guy on or off the bike - just what being a Kiwi Style guide is all about.

Sue Clark has been guiding for the past 5 years (mainly in New Zealand) and joined Kiwi Style in 2019 to guide the newest kid on the Kiwistyle block – Croatia. Sue isn’t new to Kiwistyle – she joined the France/Italy trip in 2013 and then gathered a group of friends for the Pyrenees/Provence trip. Since then Sue has explored Croatia as well as cycled around various parts of the UK and the USA.

Sue loves spending time on 2 wheels so much she offloaded her corporate life 5 years ago and now spends her time guiding and adventuring on both her road bike and mountain bike. Stunning scenery, good company and decent coffee are her top priorities for a ride.
Favourite cycling area(s) : The islands of Croatia rate up there, alongside the Italian Dolomites.
Favourite climb : The Col de Tourmalet in the searing heat remains a vivid memory and any side of the Stelvio is pretty special, especially in the snow!
In 2022 Sue is again looking forward to sharing the stunning scenery, cuisine, beaches and history of Croatia – a cycling gem just waiting to be explored! 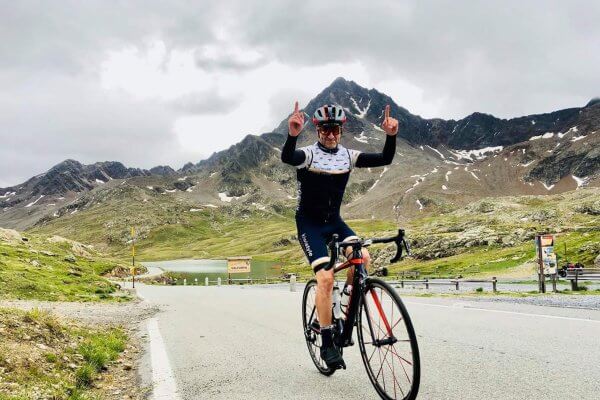 Brent joined our Kiwi Style team for the first time in 2018 for the Epic France-Italy and Italy-France double. Having competed in the famous New Zealand road and mountain bike events like Le Race, Grape Ride, Motutapu, Abel Tasman Challenge, he decided he was ready to take on the real mountain terrain of Europe. While most of the other guides were riding bikes from a young age, Brent was more of a speed demon on the kart racing track. He has a habit of trying to improve his European modelling career with random posed photographs featuring authentic Euro back drops. 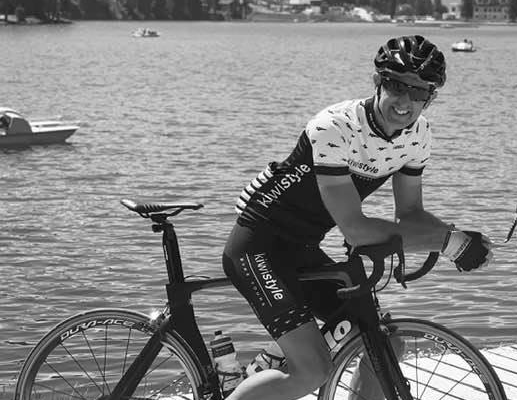 Blair Rouse joined the Kiwi Style guiding team in 2019. He is a regular competitor in masters races around the South Island for his Armitage Williams Race Team. He is the climbing weapon we call on to keep the feisty clients in check when the road goes up. Poor Blair has to train twice the miles of any other guide due to his post-ride addiction to French pastries and tartes, Italian gelato and pizza, and the biggest handle of Belgian beer he can find. His banter is next level and encouragement during a tour is legendary. When teamed up with Richy C, they have been dubbed the 'Italian guides - Spaghetti and Ravioli' - those that know them both will understand. You'll struggle to find anyone that just loves riding his bike more than this fella.

Favourite cycling area: has to be the Dolomite's, everywhere you look has jaw dropping scenery, amazing flowing roads and more pastry shops than you can shake a stick at.

Favourite climb: Stelvio from the Bormio side, its iconic snaking bends are incredible, the grassed valley with the cows and flowers are a sight to behold and then you hit snow at the peak! Coming back down isn't bad either, the roads are like carpet, fast and safe. 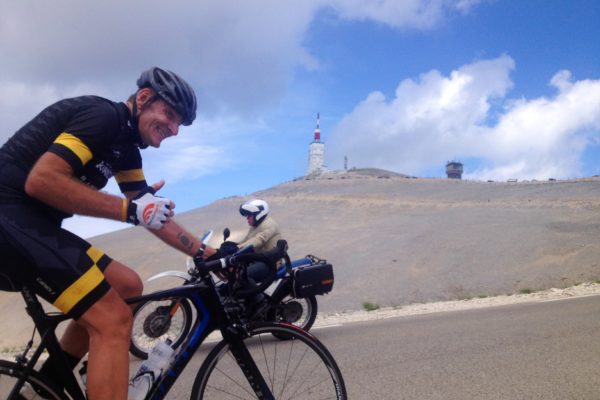 Jimmy is a former New Zealand representative track racing rider, having ridden bikes longer than he cares to remember. He has been a Kiwi Style guide for over ten years, providing a laid back, no stress attitude that is the Kiwi style. Jimmy even got married to his lovely wife Shelley while on a Kiwi Style Bike Tours trip, exchanging vows high in the mountains above Lake Annecy. Jimmy and Shelley are the ultimate cycling couple, out riding together at every opportunity and trying to out do each other on Strava. Jimmy is a legendary impromptu story teller and will have you in fits of laughter, especially after a couple of beers. We are sure he was a stand-up comedian in a previous life.

Jimmy is a member of the famous Fat Boys Cycling Club.

Jimmy's favourite climb is - any Col that has a cold beer at the top.